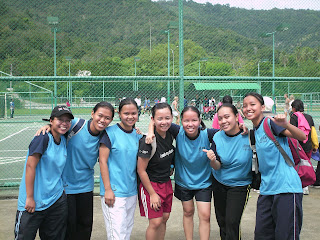 This was supposed to be posted earlier...but was very busy for the past few weeks. These are some pictures that we took for the futsal competition held weeks ago in USM. Well, o course, with a very dysfunctional team (no training, and not all can play) we didnt win la of course. But we had so much fun though. and of course since we are a bunch of jovial people, so it was SO much fun and entertaining to watch us play.. Hehehehe *check out the video!* 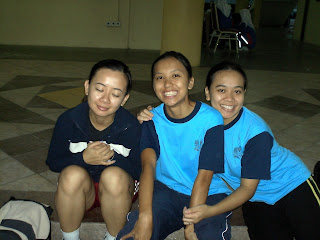 and... this futsal reminds me of the interview I did at one of the school here in Penang for our Education Paper. Some research based thingy and I have to ask the Penolong Kanan Ko-Kurikulum, who is by the way, a woman as well, about the extra-curricular activity in that school.

So, I happen to ask her about the membership of the football club in that school wether it is open to all gender or only for males.

This what she said


Cikgu: Of course, it is only for boys la. U see, pompuan kalau main bolasepak kan tak manis dipandang.. (girls if they play football not so nice to see)

Me: Oh.Ok *hmmm...kolotnya fikiran cigu ni!* So, the club only meant for boys la? Because some school they open it to girls as well . * Yeah, like my school last time*


Alamak! Punya la...futsal and football to be played by girls sama saja kan? Everything is the same, just that futsal the court is smaller and more to skill and ball control. Somehow, the players still have to run around and kick the ball. Apa pula yang tidak manis? Hmmmm...