Will be Missing In Action for quite some time.

p.s:maybe this is what will happen when you stop believing in something or someone or even yourself
Posted by Joan at 1:23 PM No comments:

I wonder those days when our ancestors is still practicing animism or paganism, how on earth did they first believe in the existence of a supreme power that control their life and their surroundings.

Is it because when lightning struck a tree and burned it down then it is an omen that “GOD” is pissed off?

Is it because the crop didn’t grow that year then it is an indicator that the people has done something wrong and now should be punished?

How about now? Most people have their religions now. Christians, Buddhism, Hinduism, Islam to name a few. All religion believe in the existence of a supreme power that is I think should be called GOD.

But, how if the existence of GOD is merely just an idea? An idea that has been made by man?

Ok, now maybe some of you may want to stress on the miracles that happen by the works of this Supreme Being. Yes, miracles happen. Can’t be explain by science or whatever theory…a miracle.

Belief of the existence of God because of the signs and miracles that happen. But, how if these things stop from happening? No miracles and no signs, should one stop believing?

Some may say God is everywhere and anywhere and may be present in someone. Yet, isn’t this again merely a man made idea or concept on the presence of GOD?

An atheist to be? I am not, not wanting to but scared might be one. Anyone can at least give their view on this?

Existence of God – Is it just an idea? 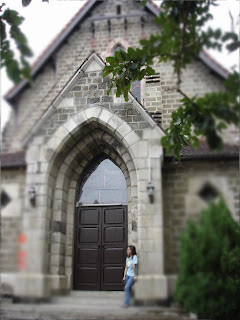 One thing that really made our country special is the plural society and the diverse culture that we have. –and Yes, I think the government is making a lot of money because of that fact. Furthermore, its Visit Malaysia year this year right. Malaysia…truly ASIA. Is it? Or not?

From all the diverse variety of food that we have, melting pot of rich culture and backgrounds, and many other things that any Malaysian could be proud of *except the fact that we have not so-smart MP’s who spent their time in the parliament suggesting our “angkasawan” to play congkak in space..hehe*

Well, my point is this country has a lot of reason to be proud of *oh and again except for ISA and maybe injustice among the people…owh..can’t elaborate more on this, later will be prosecuted*

Malaysia. I think anybody who learn geography or ever seen the world map, they sure know that this whole nation comprises of the oblong shape of the peninsular which extends from the mainland Asia and it is the nearest large land mass next to the more famous nation called Singapore – and this peninsular is called Malaysia.

BUT, not forgetting across the SOUTH CHINA SEA, the large land mass, which is also the third largest island in the world called Borneo. The northern part of the island which comprises of SABAH and SARAWAK is ALSO part of Malaysia. I guess this fact, quite A LOT of people forgot about that. It is even sad; when some of the people are also Malaysians. Effect of being ignorant…well, maybe. Can’t say much about that.

I remember my sister’s story about her friends went to a shop and the shopkeeper go and advise them about behaving properly in other people’s country. And all of them were quite puzzled with that remark. *who came and do what? Wat the heck??*

Ok, these days quite a number of Sabahans (as well as Sarawakians) who came to west Malaysia *Gosh, I hate referring Malaysia got East and West* to study. Unfortunately, their existence sometimes has been mistakenly thought as Indonesians or other foreign nationalities. I think just because we don’t really look like or our physical characteristics don’t really fall into the 3 so-called “main” races in Malaysia then we are foreigners –OK2. I am not trying to be a racist here but it is sometimes unfair.

Can’t people just stop being ignorant about the existence of diverse language and culture and not only there are 3 main races in this nation?

Just because the Bahasa Sabah sounds “a bit” like Bahasa Indonesia, doesn’t qualify us to be called Indonesians in our own local land.

I remember some people who ask us when we go and shop here;

“Orang Malaysia ke?” –Are you Malaysian?

“Kamu orang Filipina?” – Are you a Philipino?

Hmmm…I am not sure those questions are being asked out of curiosity or because of the effect of being ignorant all this while.

So, when I answer when being asked what is my race? My answer would be KADAZAN.

And there’s the question again

If can't understand, just bear with me. Or if you like can tutor you for sabah BM. *I can be your sleeping dictionary..ahahaha..*

Just about I am very "bersemangat" to start the new year with a positive attitude and extra "rajin-ness" (as I told my other half)...Now..huhuhu..malas already.

First of all, this week classes will start in full swing ~Urgh...I hate Calculus *again*

Second, I have to pay to surf and blog *damn, wireless connection in USM - not all place ada. The most unlucky location is my room. No internet coverage*

Third, not only I have to pay. the speed of the connection also hopeless. Checking my mail also gotta take forever and they are playing Thai songs in this cyber cafe. *WTH??*

Fourth, got some customers came in with they over-powering-not-good-smelling perfume. Must be the "cikai"-pasar-malam perfume that! Can't they spell m-o-d-e-r-a-t-i-o-n themselves??

Fifth, the yahoo mail page took ages to load. *yada-yada, I can go all the way with this dysfunctional man made technology to connect the world*

Sixth, *err, malas already wanna type. I am logging off now, pay this stupid cyber cafe (I have to tho even the service sucks) and go to sleep ~again*
Posted by Joan at 4:09 PM No comments:

Yeah..it is indeed a quiet moment for me this year. Ushering new year in a very subtle and not much HoO-HaA atmosphere.

No yells. No Screams. No voice over the top of my lungs.

For it had been a roller-coaster ride journey for the year it was.

And welcoming the new year, *wether I like it or not- time flies* and I just can't avoid the fact that this new year 2007 is a transition year for me.

Change of locations *be it myself, my other half, my family or my friends*

Change of atmosphere *having not in the studying mode for almost half a year made it hard for me to cope with the new term ~ Damn, I hate Calculus...If anyone can tutor me on this subject, please do so. I am in dire need of Maths Enlightenment for this brain of mine is really slacking in Maths area*

*Not to mention also, being a final year in a campus where most of your friends are gone and graduated because thanx to their course..theirs was only 3 years- You just feel indifferent*

Change of role *If all things goes well, I won't be a student anymore for the 2nd half of 07 for I am finishing my degree this year ~keeping my fingers crossed for that*

Change of physical appearance *Well, some people say I "membesar" already. So, "membesar" it is. No resolutions to lose some weight this year. But, if I suddenly turn skinny-stick-thin...then so be it...haha..I wish*

Well, so much for the anticipation and maybe WORRIES over what it is gonna be like for this year..

I just can whisper a silent prayer to God

Quoting from New Sabah Times 29 Dec about the new Terminal 2 that can take 2.5m passengers a year

"Global Upline Sdn Bhd was awarded the contract to upgrade Terminal in 36 months but they managed to complete work in just seven months."

They are 29 months ahead of schedule. Amazing? For me it is kind of crazy. I can't imagine how the people there work.

But, I think if you are there to witness the progress of the construction. It is really unbelieveable. Well, maybe I am not an engineer or any professional that can evaluate one workmanship such as this. Somehow, from my point of view - IT IS INCREDIBLE..

On July 06, the construction has just started and the place was a total mess. *Well, not really la. baru wanna start got messed up but I remember there was congestion outside the terminal because there were clearing the area for carpark.

So, when I came back on Nov 06, the changes was tremendous. The main building outside the existing terminal 2 had been built though not complete yet. Several trips to fetch people from and to the airport within the last 2 months of 06 also made my eyes go berserk to the progress of work there.

I wonder how long is the working hours of the people there? Seems like that they never sleep. I also wonder how much profit the company got to build that airport? I heard it is the same company who was awarded the contract to renovate Kuching International Airport.