I abandoned everything and jump on a flight to fly somewhere to get my sanity back.

Highlights of the weekend

Although initially before the concert, on the way to the concert place, I bumped into her with her bandmates but otak saya lambat register muka dia. Sa limpas jak dia ni. Sudah a few metres away baru perasan itu Zee Avi. Terus menyesal ni nda berenti amik gambar sama dia.

Anyway, it was worth the wait after the concert was over and tinggal sikit jak orang dalam hall. Dapat juga bergambar sama dia. But bukan the gambar yang lebih penting, I wanted to talk to her about the video that me and my sisters to cover her song on youtube. She did favourited the video.

She was like "Oh, you are part of Jadesisters?" .. Then hug hug session lah. So happy! She said she didn't expect that Jadesisters to be Malaysian. 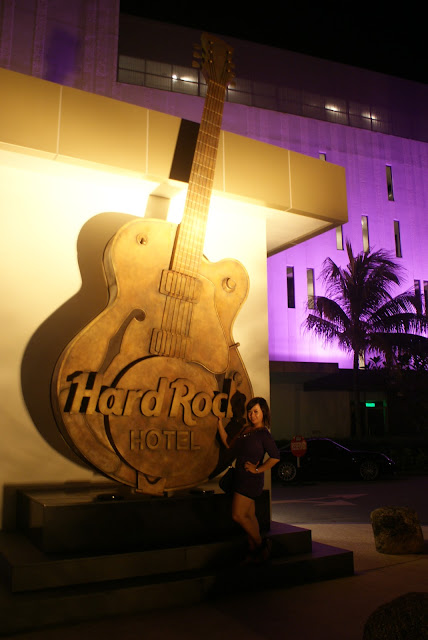 Yes, an addition to a rocking weekend! 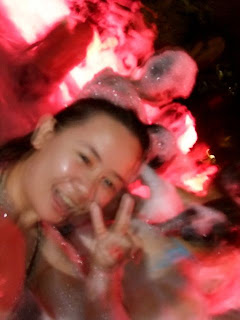 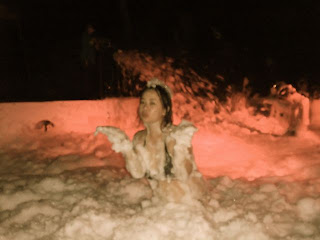 Yeap. another selca. I am vain! Haha 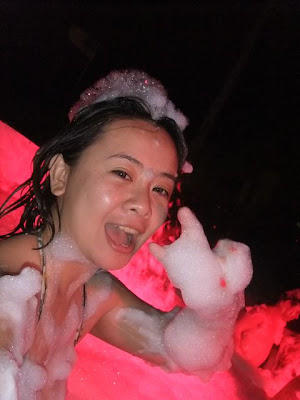 Bubbles bubble bubbles everywhere. Macam mandi saja. But this is cheap soap la i suppose made my skin SUPER dry after that. Somemore partied in the foam for almost four hours mana nda kering tu kulit. 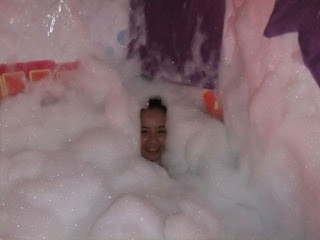 So, anyone wanna go? Bring a group of friends. Or just make new friends there. Teehee! The more the merrier bah. Besides the deejay that night a bit boring lah. If you are a fan of house music then should be fine lah. The latest songs tidak banyak on the playlist.
Posted by Joan at 3:52 PM 3 comments:

Just to share something that I have been working on in between the chaos at work and what not. 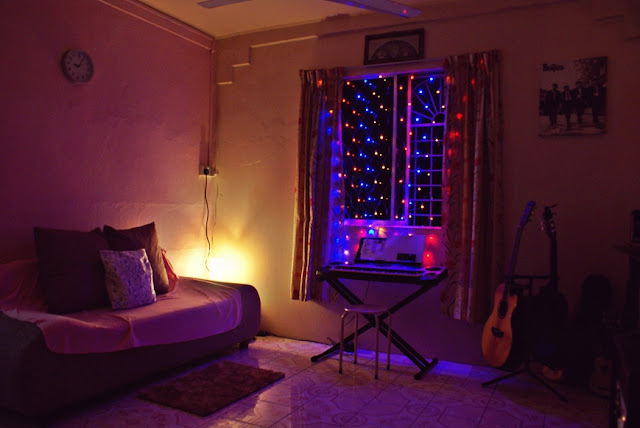 A leisure room. This is one part of the room. Jamming place/ reading place/ tidur place/ my pets punya tempat to lepak place. Was formerly a dining hall but since it we are having our meals in the kitchen anyways might as well I convert this place to a leisure room. Also good for playing PS games and karaoke. Haha.

So many things to tell yet so little time. The final week of the school term is a chain of unending mess of workload.

Hope that I can blog regularly starting next week.
Posted by Joan at 11:05 PM No comments:

anyone who like to do this deserves a bitch slap!
Hahahaha.
Posted by Joan at 10:42 AM No comments:

Aidiladha and a wedding

Long weekend and a hectic one.

The cousin's wedding cake that I have been trying to put together. Ok juga ka?