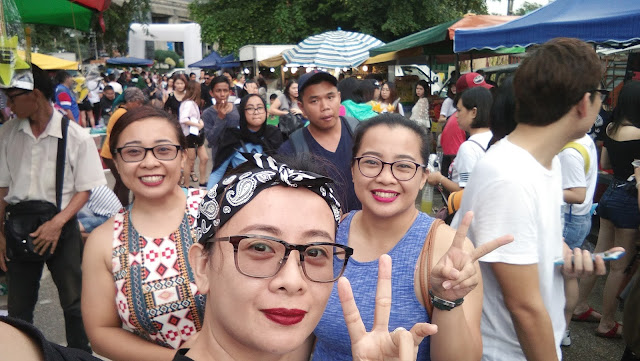 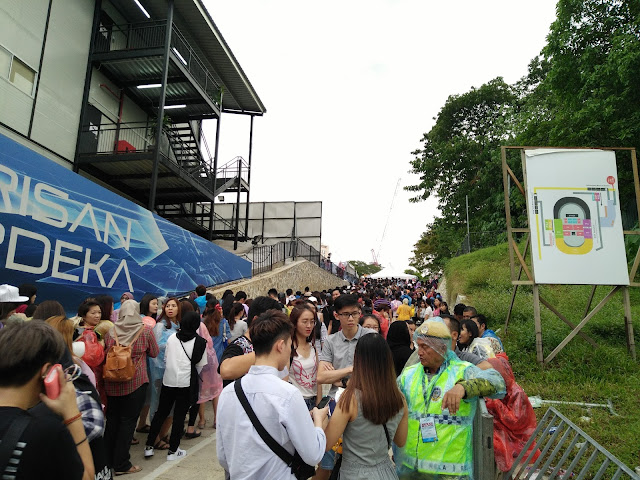 I totally didn't know that Stadium Merdeka is under renovation. Everything was such a mess. There were only two entrance. Left and right. Luckily, we went down on the correct entrance if not we have to take monorail to reach the other entrance. WTH! Such inconvenience. It was a construction site like literally. The queue you can see in the photo above and along the queue line were people selling fake Big Bang merchandises. 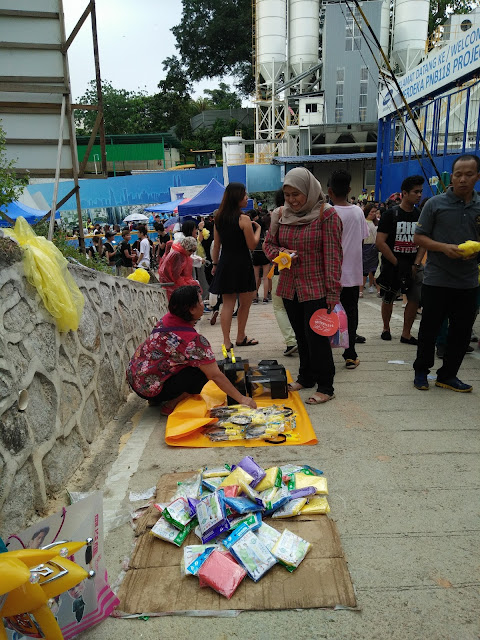 Since there is nothing much to see or rather shop around, we just went to line up like everyone else. 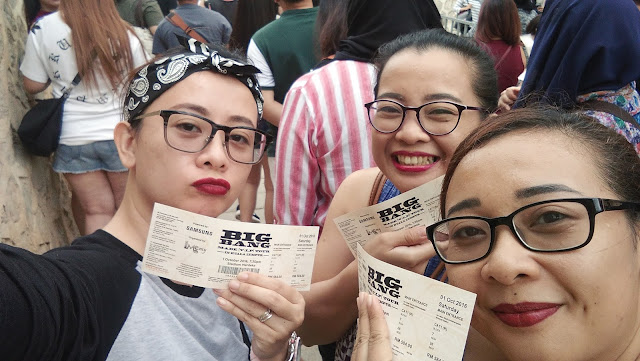 And hey look at the trash left by the irresponsible fans. Tsk tsk tsk. Big Bang won't be proud of you all. Hmmm. Seriously!! 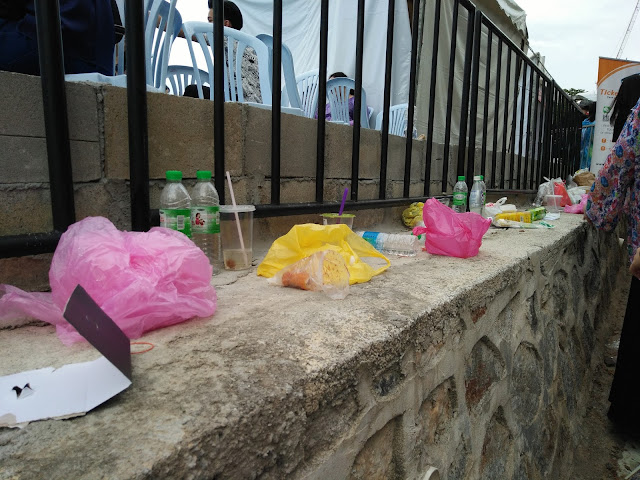 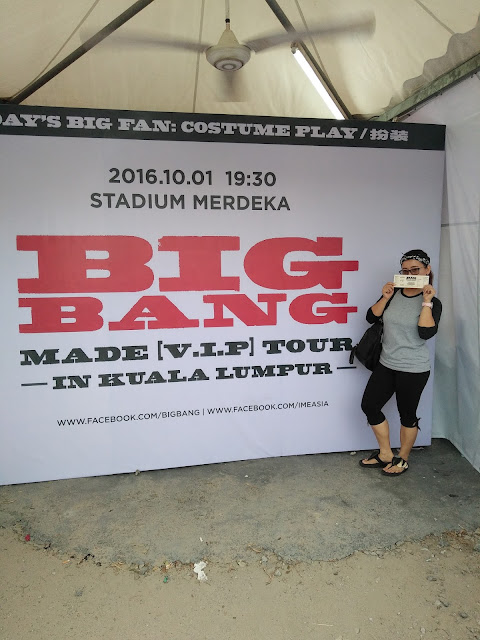 And here I am dressed like an Ahjumma taking picture. Comfort over everything else. Some dress up as though GD will actually look at them. Oh c'mon! 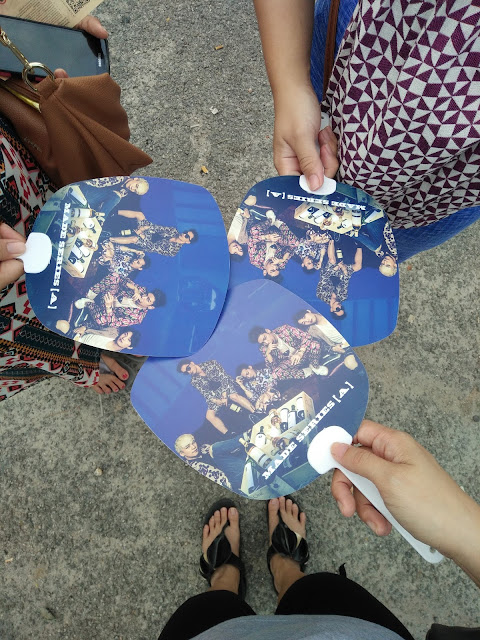 We got free handfans sponsored by Yonder Music. Yeah, there were promoting while giving free things to people who like their facebook page. Miahaha. 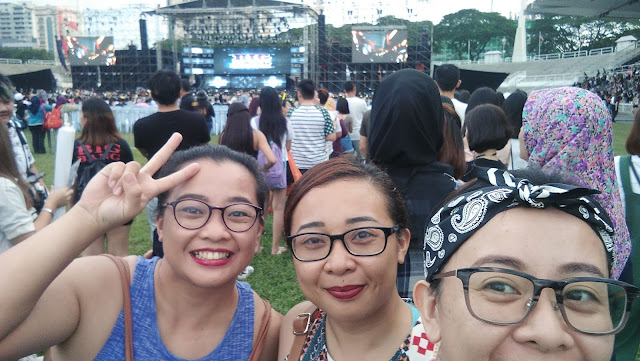 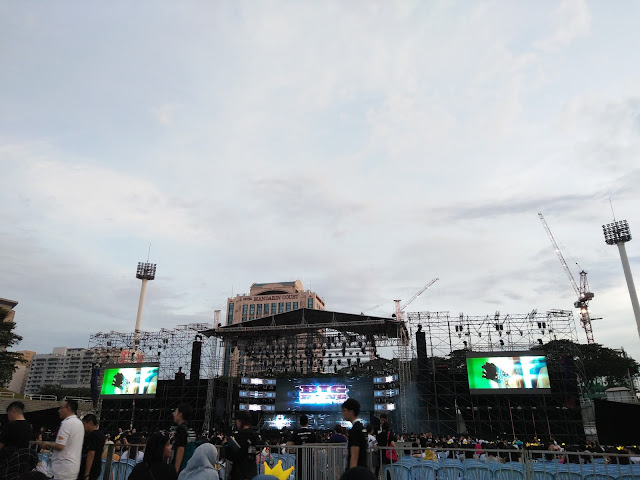 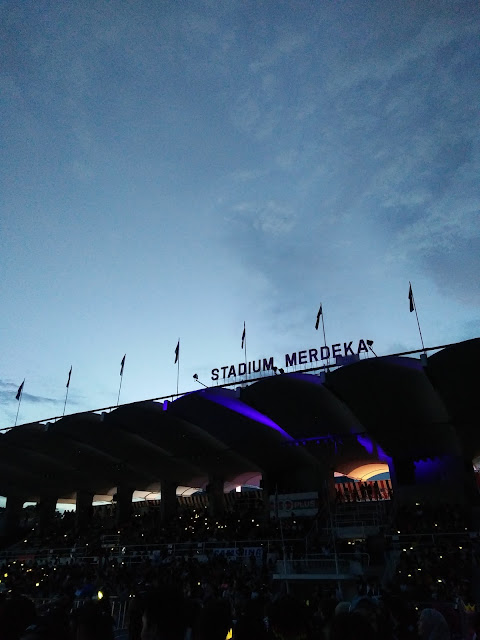 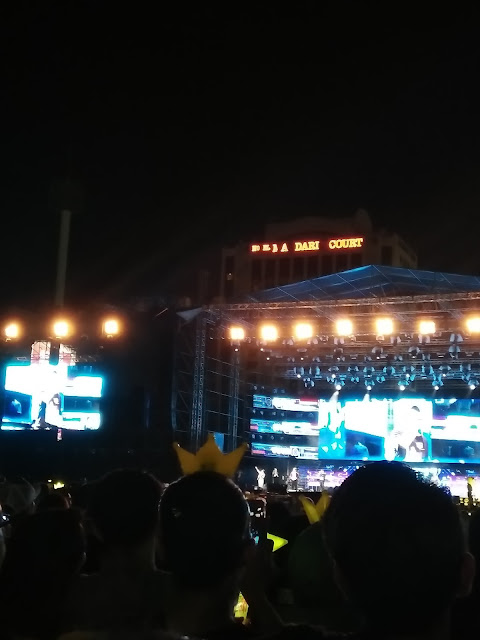 We were seated in the field. (Well, the grandstand tickets were ALL SOLD OUT). I guess because it offers a better view. Definitely definitely a better view.  Hence, we can't really have a good view of the stage. Tsk tsk tsk.

Overall, it was OKAY la. Since this is not a concert, just a fan meeting concert. More games and just a simple performances from them. I personally don't really like this concert because they do not use live music to accompany the live performance. It really made a huge difference when they use live music. If only I know, I wouldn't be so eager to attend this concert.