I was back in Tamparuli last weekend for this event. It is being organized by me and a few friends. Yeay to humanity works. I have attended a "free market" before in PJ in 2014 and I was totally confused back then. So, when I introduced the idea to the community in Tamparuli. They are equally confused too. I am guessing this is normal lah.

I am thankful to have supportive family to be doing this event. I started setting up the place as early as 1pm. The event will only start at 3pm but I guess it is better to be there early at Bukit Ruhiang View Food Court and get things prepared. 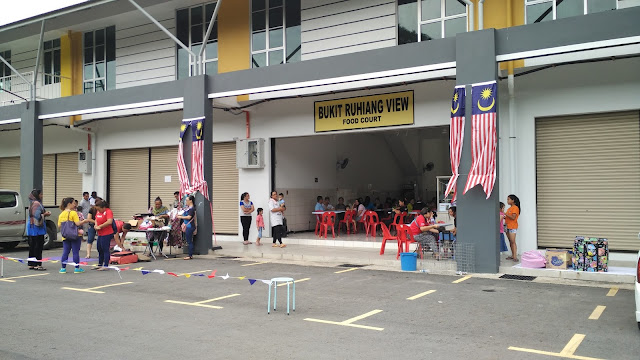 Blocked off a few parking lots in front of the shop. Well, since the shop where the market will be is at a block where it is the only one there (for now), I practically can just do anything with the space there. Miahaha!

Contributors came as early as 2pm to set up their place and the crowd starts to build up around 2.30pm. They were so eager! I guess because it is FREE. Everything is FREE. 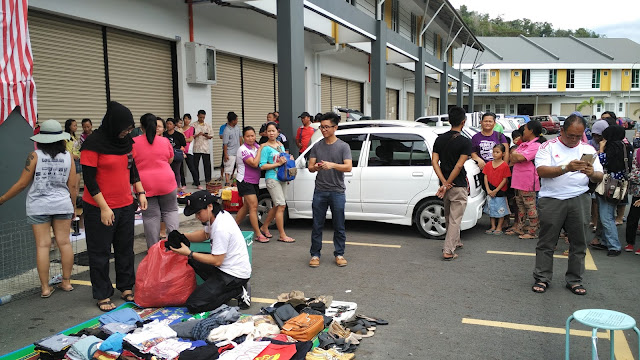 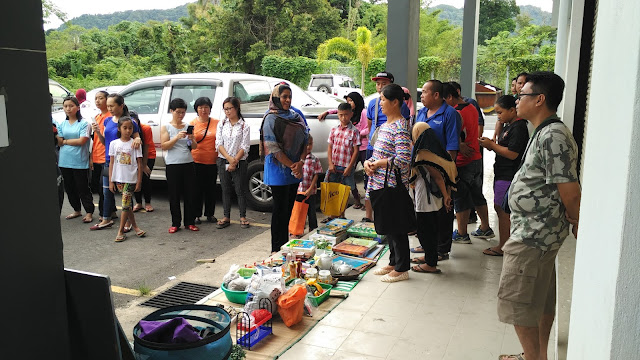 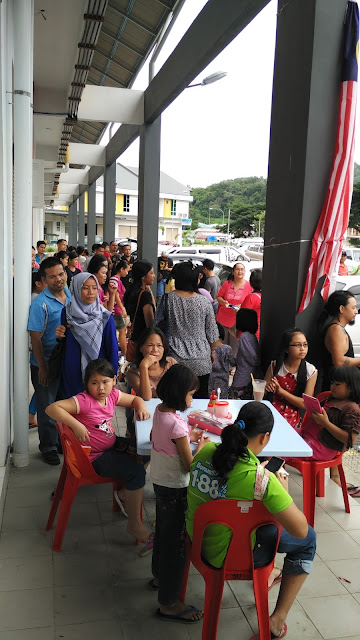 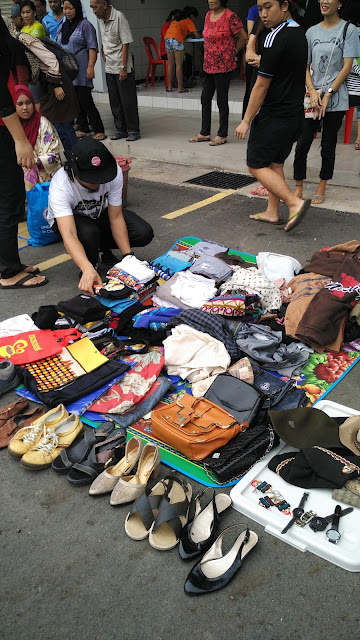 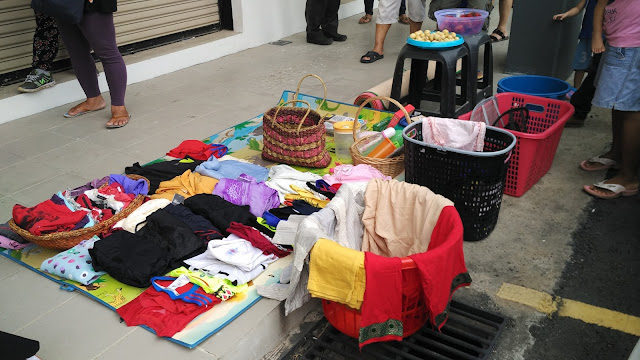 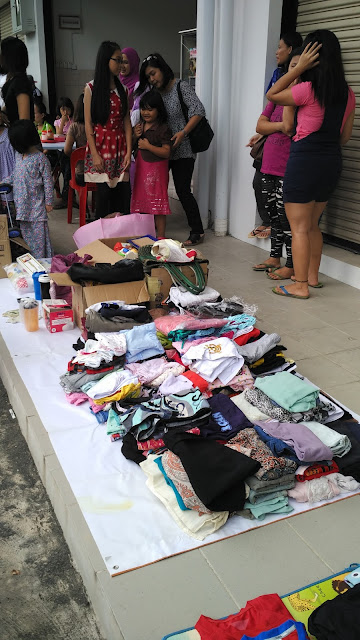 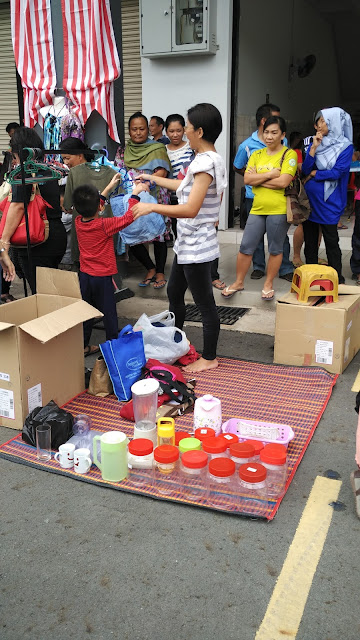 I emceed the free market. It really brought back the memories when I used to emcee a lot for events. Hahaha. Talked so much! Really satisfied my craving to talk so much in front of the crowd. By 3pm, everyone can start their "trade". The crowd was fast as well by 3.20pm, everything has cleared. When I attended the PJ Free Market. It took like an hour for the things to finish. I guess the people in Tamparuli love free stuff or rather they really need a lot of stuff. 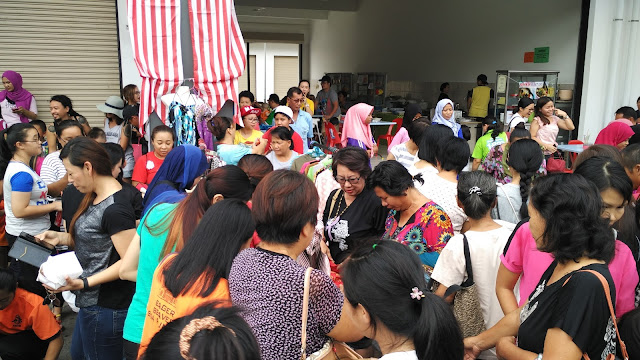 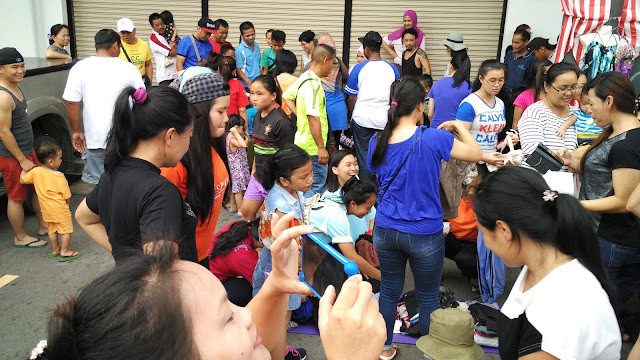 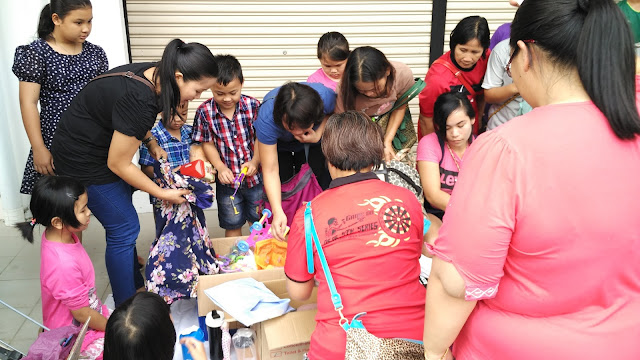 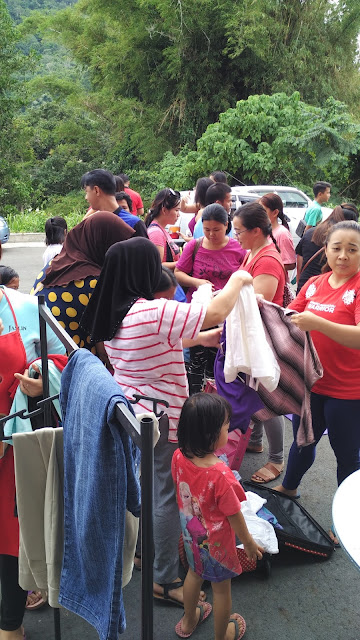 The event attracted around 10 contributors and a throng of crowd. I guess next time, if Tamparuli Free Market will be organized again, there should be more contributors joining in. One interesting story that moved me to tears that happened during the market was a family looking through the dresses that me and my sisters put out for free. It was the dresses that we used to wear during one of performances last time back in 2009 or 2010 like that. "Nah, ada sudah satu set baju krismas kita" - I cried! Knowing that the dresses had been collecting dust all this while in the closet and now it become something useful for someone else. Ah, it is such a happy feeling.

Perhaps join us next time ya as a contributor.

this is awesome! congrats!