My dog, si kapas. He is always prone to sickness. After the bouts of vet visits when he was a few months old, he recovered well and he has grown to a healthy naughty dog. This photo was taken months ago. 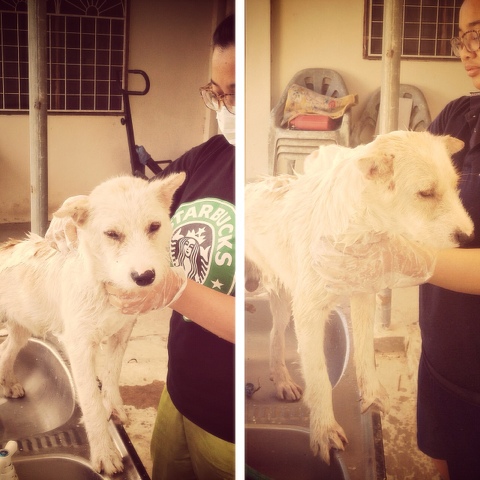 But recently, he lost so much weight because he lose his appetite. We went to see the vet and had his blood drawn for blood test and his blood is like so thin and little that the vet had a hard time to take his blood.
The result of the blood test turned out that he is having a condition similar to leukemia. Huhu. He has been given several meds and seem to be responding well to it and we can see him running around already. Playing with the other dogs as well.
But today, we realized that he can't open his eyes. His right eye especially. We are just not sure whether the eyes area turned swollen and puffy or he had conjunctivitis. No red eyes seen, it's just the white "selaput" around his eyes become more prominent. At one glance,it seem as though he is going blind.
We know that he can't really see now because he sort of just langgar my sister tadi when my sister was calling him. I also saw him terlanggar the kaki of the table outside my house. And he seems so worried if he can't feel the presence of people around.
Huhu. Oh my kapas. Get well soon 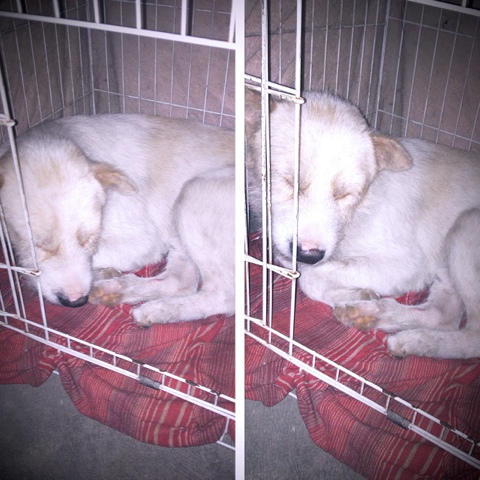 Sian :(. One of my dogs now is also diagnosed with heart failure. It hurts knowing you can't really fix them anymore. Get well soon kapas!

Oh dear... I hope Kapas will recover soon. I know the feeling of seeing your beloved pet sick. :(