Long day for a short weekend

This was supposed to be posted yesterday tapi saya pengsan. It was indeed a long day.

Yesterday, there was an event called PESTA MUZIK BAMBU held here in Tamparuli. It is the 6th edition this year. I co-emceed the event last year and was hoping it I won't be selected again given the long duration of this event to finish. 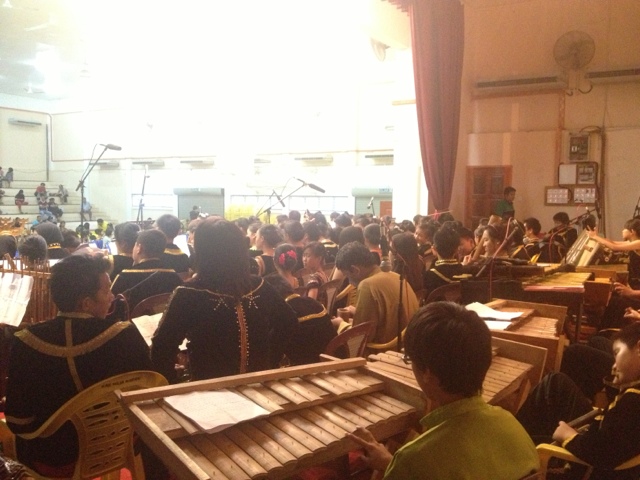 But, I was asked to emcee the RATU PESTA MUZIK BAMBU this year. The first of its kind as part of the program in this music fest.

The thing is I never emceed a beauty pageant alone before ( usually there is a co-emcee ), so it was kinda awkward to just let words run without having a conversation.


One of the highlight of the event is the performance from the Taiwan Bamboo Orchestra. They came back again for the second time this year. Last year there were more international groups who came but this year there's only from Taiwan. 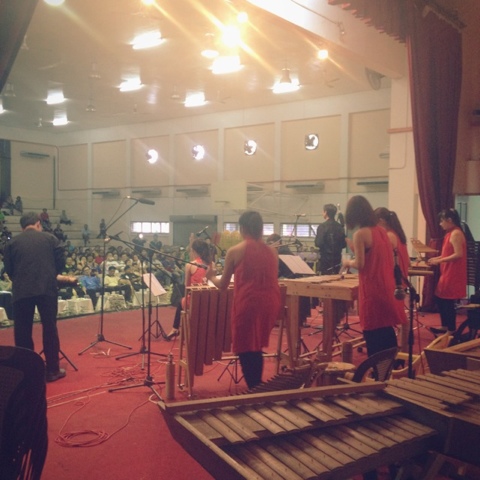 The event run smoothly, it's just that I hate it when there's no floor manager aka the time keeper for the event to run. Nobody reminds people to keep the time while running the program. It's a total nightmare for an emcee to emcee the event and also be the floor manager -_- ( aiya! )


The event scheduled to be finished by 5pm but it dragged until 7pm. I am supposed to be at the studio by 5.30pm to do some work for a Christmas Song project but I ended up being in the studio by 8pm and the session only ended around 11pm.

There you go a long day for a short weekend.