a concert in KDCA 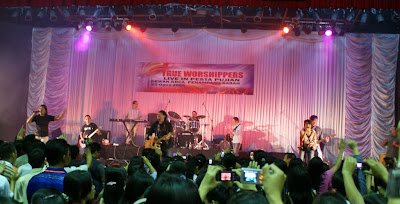 It was on Friday

True worshippers live in KK. *those who doesn't know who they are..uhm..they are very much the equivalent of Hillsong Australia, just that they come from Indonesia and they sings both English and Malay song*


Check out the crowd. Its full house!!

But, I found it to be very funny that the hall is actually divided into two parts. Left= Female, Right= Male.

So,our group of 2 girls and 5 boys have to split up. Not knowing a lot of people there. Me and my cousin were like lost in space for a while. We arrived late so no near the stage position. But, I manage to squeeze my way through the hyper and jumping crowd during the concert to take these shots. 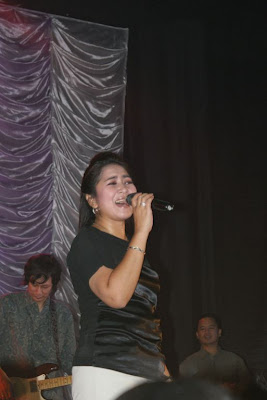 The singing, music and the songs was superb. I just don't like the idea of segregation. It's kinda weird. I guess it was a religious concert thus the isolation of genders.

Email ThisBlogThis!Share to TwitterShare to FacebookShare to Pinterest
Labels: experience christ, its the angels singing, scribblings of a dreamer